Why do you want to know about the 7 habits for managers?

What is it about the 7 habits for Managers that are so key to your success?

Working with managers, and being a manager myself, I have found that there are definitely good ways of doing things, and there are definitely bad ways of doing things. We all make mistakes, but bad habit management can be changed. Habit reversal is not uncommon, but you’ll need to bury your ego to nip in the bud the bad habits you may have acquired.

1. Effective managers are good at communicating and giving feedback.

This may sound simple enough and obvious, but it is a real problem when managers “think” they are interacting with their team. If you don’t communicate effectively, bad feelings build up within the team, and sooner or later you’ll have employees badmouthing you. I’ve seen it happen.

You must understand that people are NOT telepathic. They need to be told what you’re thinking and what you want doing. Vital, and something not to be forgotten. 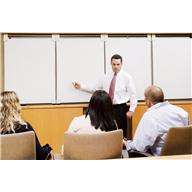 Remember that positive feedback to someone who has taken time and energy to carry out a task is worth it’s weight in gold. Everyone wants recognition, and giving feedback is vital. You may need to also give negative feedback, which is quite normal in business, but make sure you explain and communicate the reasons. Human beings are fragile people.

Get the first of these “7 Habits for Managers” correct, and you’ll be well on the way to becoming an even more effective manager than you are right now.

2. Don’t blame others. Successful managers have learnt that, if anything goes wrong, they must take the blame. As a manager, you must take responsibility for your actions, and those around you. That is part and parcel of being a manager. You have to learn to take the blame, but also take credit, where due.

3. Effective managers deal with challenges when they arise. They deal with them effectively, quickly and without fuss.

4. One of the 7 habits for managers is that they are BUSY, PROACTIVE AND PRODUCTIVE. They don’t look around, sit back and have the attitude of “I know it all.” That is a dangerous state to be in, and one where habit reversal should be used immediately. No one knows everything, but habits are easy to acquire, and pretending that you know everything, and no one else knows anything can have a damaging effect on your staff. 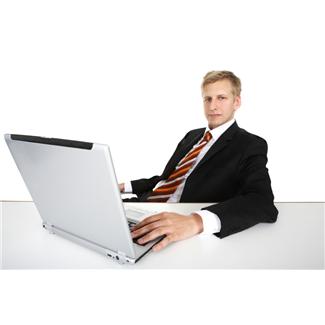 5. Successful managers do not berate, chastise or criticise their staff publically. Managers who do this have a very unhappy team around them. This is an important point in the 7 habits for managers. This type of manager feels they are being authoritative, when in fact it has completely the opposite effect. Resentment sets in and the team won’t produce. Don’t criticise publically.

6. Delegation. This is a key habit in the “7 habits for managers”. It is vital, and I can’t stress this point enough if you don’t want to become bogged down with every little detail at work. If you become the manager where everyone turns to you for even the simplest task, then nothing will progress. Learn to delegate, and delegate sensibly. And more importantly, once you have delegated, leave that person to get on with the task. DO NOT INTERFERE. That is a bad work habit and very annoying for the person you have delegated that task to.

7. Successful managers set high standards for themselves. It doesn’t necessarily follow that your team will also set high standards for themselves, but it does set an example and it flows down through the work streams. If your team know you want excellence, then it stands to reason that they won’t produce something for you that is sub par. They will know that it isn’t good enough for you. A good work ethic produces good results.

Why not choose to become a successful manager by using these 7 habits for managers.


Top 10 Hypnosis Best Sellers
Stop Negative Thoughts
Push out those negative thoughts.
Speak in Public!
Speak to the public without letting fear hold you back.
Motivation for Exercise
Increase your motivation to exercise.
Fear & Anxiety
Kill fear and anxiety.
Confidence Booster
Boost your confidence quickly and effectively
Think Yourself Thin
Slim down by thinking thin.
Shyness
Defeat shyness in minutes.
Get Super-Slim
Get super-slim fast.
Building Self Esteem
Build your self esteem to new heights.
Increase Your Concentration
Vastly increase your concentration.
© Copyright Your-Self-Improvement-Guidebook.com