Believe quotes
Believe in yourself

Believe quotes will show you that you can achieve your dreams and goals by having a strong conviction in your personal belief.

Many successful people have come up with quotes about believing in yourself and what you stand for.

How do belief quotes help, and what is a belief?

A belief is a feeling of certainty. It's not a thing, or an object, but a feeling. And the stronger that feeling, the more likely it is that what you are feeling you will untimately believe.

If you think that isn't possible, let me tell you, now, that it most certainly is.

In order for your to develop a belief in something, you only need to find the right information to build up that belief. You take that information, whatever it might be, and use it to empower you.

Use believe quotes to develop the certainty that powerful beliefs provide and to inspire and motivate you into taking some action.

"It's the repetition of affirmations that leads to belief. And once that belief becomes a deep conviction, things begin to happen." - Muhammad Ali

"Your chances of success in any undertaking can always be measured by your belief in yourself". - Robert Collier

"Man is made by his belief. As he believes, so he is." - Johann Wolfgang von Goethe

"Believe that life is worth living and your belief will help create the fact." - William James

"A belief may be larger than a fact." - Vannevar Bush

"One person with a belief is equal to ninety-nine who have only interests." - John Stuart Mill

“Man often becomes what he believes himself to be. If I keep on saying to myself that I cannot do a certain thing, it is possible that I may end by really becoming incapable of doing it. On the contrary, if I shall have the belief that I can do it, I shall surely acquire the capacity to do it, even if I may not have it at the beginning.” Buddha quote

“Believe in yourself! Have faith in your abilities! Without a humble but reasonable confidence in your own powers you cannot be successful or happy.” Norman Vincent Peale

Have you got a great quote you believe has helped or inspired you, or one you just love?

Why not take a quick moment to share with us a great quote you feel passionate about, or just love.

What Other Visitors Have Said

This believe quote inspires me when I feel a bit down and things aren't going right. What the mind of man can conceive and believe, it can achieve. … 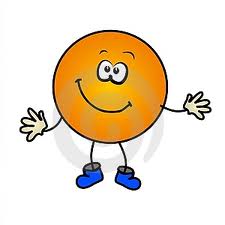 ENJOY MORE QUOTES FROM THIS SITE