Changing core beliefs
Is it necessary?

Changing core beliefs that you have grown up with over the years may seem a daunting prospect, especially if you are wanting to become more confident and self assured. But one thing you need to understand about your beliefs is that most of them, contrary to what the majority of people think, have not been shaped by the world around you, or the life you have lived.

Most of the core beliefs you have at present will have actually shaped how you see events in your life, not the other way round, events shaping what you believe. So, in other words, it’s not what has happened to you in your life that makes you have a particular belief in something, it’s what you have believed you want to happen when an event occurs, and by changing core beliefs within you, you will find that your confidence grows and you become more positive in outlook.

What are beliefs for? Beliefs in life tell you what will be painful and what will be pleasurable experiences. Everything you do, every action you take, arises from the beliefs that you have. If someone close to you passes away, you naturally have a painful belief that this is a sad event. If you win a prize, you have a happy belief that this is a great thing that has happened to you. Pain and pleasure.

Beliefs, in effect, rule our lives, and learning how to change core beliefs can make the difference between a successful, joyful life or a rather sad desperate life. Read that again if you need to.

So as you grow up, you have been led to believe that all the beliefs you have about certain things have come about from experiences in life (for example you may believe you are useless at running because once upon a time you ran a race and came last). Over time you have let those experiences become part of your “painful” belief process. Or it could be a pleasureable experience. That was just one example. If you’re keen to know about changing core beliefs in order to gain self confidence you will need to learn to change the beliefs that are holding you back. This may take a bit of work, but it will be worth it. 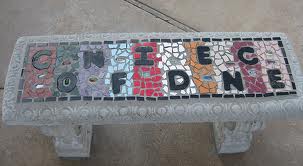 In a story told by Anthony Robbins in his book “Awaken the Giants within”, he demonstrates how you can change core beliefs to live a much better life than someone who doesn’t understand how to change your beliefs.

It’s a very interesting story, and a true one. 2 women, both 75 years old, but both taking a different view as to what they are going to do at that age. One knows that her life is coming to an end, she’s done lots of things, but realises that she needs to start thinking about putting her affairs in order. The other decides that mountain climbing would be a good sport to take up at 75, and she continues to climb for another 25 years. Her name was Hulda Crooks, and she died at the grand old age of 101.

She described her life at 80 – Early to bed and early to rise. Out jogging about 5:30am. Jog a mile and walk it back briskly. It takes me 12 minutes to jog the mile and 15 minutes to walk it. Do some upper trunk exercises, work in the yard, and walk to the market, and work. If you look up the name of Hilda Crooks, you'll see an amazing example of a lady who knew about changing core beliefs and how they can transform your life. She had a core belief that she could mountain climb, that meant that she did achieve it, irrespective of the event that was occurring (in this instance her 75th birthday).

How to change your beliefs

I’ll talk in more depth about changing core beliefs elsewhere, but having shown you how beliefs affect your everyday thinking and mould your life, I’ll now show you how to change your belief by using this one immediate task below.

Pain is the most powerful way to change a belief

1. You need to pick out a negative belief that you have, one that you want to change in order for you to become more confident and self assured and positive about life. Take some time to consider what this negative belief is. Take some time out now to do that, and then come back and progress onto No 2. Changing core beliefs is possible if you follow this process.

2. Now you need to associate great big huge massive pain to this one belief. That way you begin to feel that this one negative belief has held you back up until now, and will continue to hold you back unless you decide to change your belief. Disbelief is negative and you need to take action to change that.

3. Next you need to associate real pleasure to the new belief that will overpower this negative belief. To understand what that feels like, you need to remember for a minute, a time when you won something, or succeeded in something, maybe at work. Maybe there was a time when you did something for the first time that gave you a real sense of satisfaction. Well that was an experience that gave you pleasure. You need to take that thought and attach it to your new belief.

Changing core beliefs is one part of your self improvement development plan. Find out more about the many aspects of self improvement by finding the topic you are interested in and browsing through these pages.