Definition of belief
How belief can change your attitude

The definition of belief can mean all sorts of things to all people. Here I am going to talk about belief in the context of self improvement.

Without belief, no one would have reached the moon, the Channel Tunnel wouldn't have been built and cars would never have been invented. Self-doubt didn't even come into the minds of those who created these things. 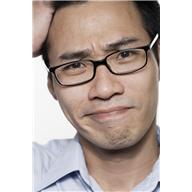 Have belief in your convictions

So if self-doubt didn't enter their minds, how can you follow people like them, and succeed where others fail?

The definition of belief
is an opinion, or conviction. It doesn't matter if no one else believes in what you think, so long as you do, then it's your belief, your conviction, and you can make it happen.

As I said above, belief is the driving force behind successful books, buildings, cars, aeroplanes, scientific discoveries, and so on. It's the essential ingredient in successful people. Overcoming self doubt takes a change in attitude and confidence, but you can do it, if you are ready to accept that change. 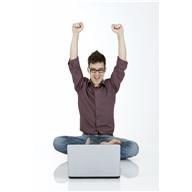 Many a time people have said "Oh, I'll give it a try, but I don't think it will work". This kind of negative thinking produces failures, without question.

DISBELIEF IS NEGATIVE. When you disbelieve, or have any form of self-doubt, your mind will attract reasons for why it can't be done. It comes back to the subconscious mind and what you tell it.

The attitude of "I don't really want to succeed", or "I don't think I can do it" will produce EXACTLY these results.

Definition of belief, or wishful thinking?

When you are thinking about the definition of belief, you don't want to confuse it with wishful thinking - they are two totally different things.

Wishful thinking leads to self-doubt, because you never really have the conviction that what you wish for will become reality.

I wish I was a millionaire! Well, I can wish it, but it's not going to happen unless I have the belief in what I need to do to get there.

You can't wish yourself into a lovely big house - but you can believe you can succeed, which will produce the "how to" to get what you want.

To summarise - as David Schwartz says in one of his excellent books, "the how to do it always comes to the person who believes he can"

BELIEVE YOU CAN AND YOU WILL!

SOME SUGGESTIONS FOR THE M0ST POPULAR ARTICLES